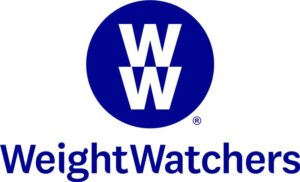 Over the past few years, we’ve seen Weight Watchers 360°, Beyond the Scale, and the Pointsplus system, and WW Freestyle.

The program continues to innovate and adapt, and is now simply called WeightWatchers.

In a complete change from the past, WW now takes the bold step of assigning zero points to a large amount of foods (including eggs, corn, all fish, all seafood, skinless chicken breast, skinless turkey breast, non-fat plain yogurt, beans, peas, lentils and tofu).

These foods do not need to be tracked or measured.

A new highly personalized approach takes into account all your goals, and matches you to a food plan.

These food plans are called blue, green, and purple.

It essentially comes down to food choices.

There is no difference in the weight loss outcomes for each plan. It is simply a matter of flexibility and what suits you.

What Are Zero Point Foods?

Zero Point foods are foods you don’t have to keep track of. They vary depending on your plan.

Green – the most restrictive

A huge advance on the previous points system, SmartPoints combines all the complex nutritional information into a single number.

Previously all carbohydrates were treated the same in the formula. The focus on sugar is a great improvement.

These are tracked on the WW app.

Weight Watchers is arguably the most individualized and flexible eating program available, and continues to be one of the most successful approaches to weight loss of all time.

From 2021 WW allowed the ability to earn PersonalPoints – based on healthy habits (such as eating vegetables, and increased activity).

Like Smartpoints, FitPoints are a clever way of tracking ALL activity. How much activity you do is entirely up to you.

Calculated according to your height, weight, and gender, any kind of exercise is tracked on the app.

Weight Watchers meetings were once a cornerstone of the program.

This element is still part of the approach with virtual or in-person workshops. Or daily live-streamed events from coaches.

Costs start at around $3.30 per week (longer-term subscriptions are discounted).