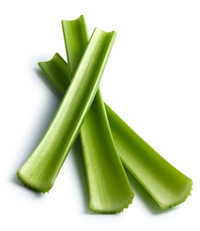 A Very Low Calorie Diet (VLCD) is a diet where normal meals are replaced with drinks, soups, or bars.

The typical daily calorie intake is on or under the 800 Calorie mark – however the aim is to be as nutritionally balanced as possible.

These diets are popular because initially people can lose a lot of weight quickly.

However, if a VLCD isn’t done correctly it can have negative consequences on a dieter’s health.

A VLCD is normally only used privately and in the medical profession to bring about rapid weight loss in the dangerously overweight person.

These diets should be undertaken only under medical supervision. They are typically a high fat, high protein diet that will bring about Ketosis.

This is when the body breaks down fat for energy instead of using glucose.

Used for Short Periods Only

The diet is only undertaken for a short period of time (a few weeks). In some situations, the meal replacements may only be used for two meals a day – therefore bringing about slower but more manageable weight loss.

Generally exercise isn’t recommended while a person is on a VLCD as the calories consumed aren’t sufficient to support it.

However, some plans recommend light exercise such as walking or swimming for those with an excessive amount of weight to lose.

However, they can be dangerous long-term because they often lack the nutrition your body needs and can actually crash a person’s metabolism.

If a dieter wants to use a VLCD, he or she should only do so under medical supervision and if extreme weight loss is needed.

A very low calorie diet is not recommended unless under the care or a physician or medical team and is intended for those that have a considerable amount of weight to lose.

It isn’t for those who only have 10-20 pounds to lose and can be especially dangerous for those dieters.