The Sacred Heart Diet is a fad diet that has been circulating for many years. 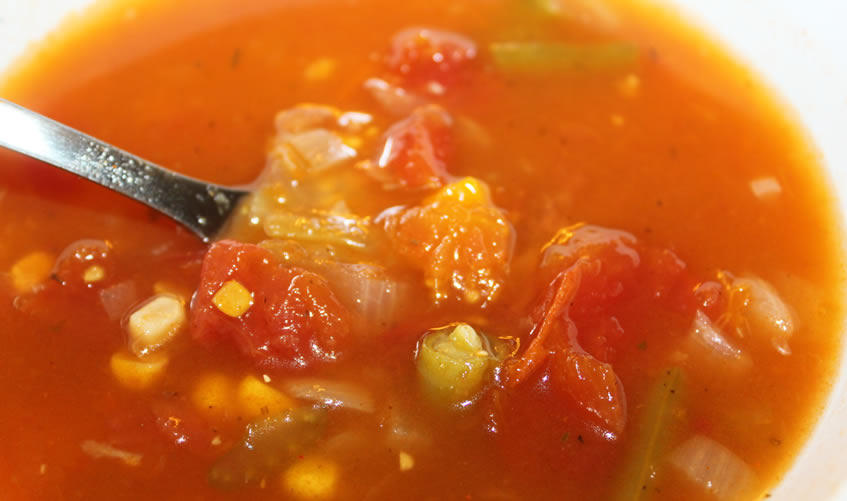 The diet was supposedly thought to come from the cardiology department at Sacred Heart Memorial Hospital where it was used for overweight heart patients. However, like most of these diets – this is an urban myth.

The Sacred Heart Diet has been called a number of different names (such as the Spokane Heart Diet, the Cleveland Clinic Diet, Sacred Heart Memorial Hospital Diet and the Miami Heart Institute Diet).

Basically A Soup Based Diet

The Sacred Heart Diet is a soup-based diet and claims that you will lose 10-17 pounds in the first week.

This may be true, but most of the weight lost will tend to be water – and will be gained right back very soon after the diet.

This diet is very clearly an unsustainable fad diet but is not as nutritionally unsound as similar diets. Most of these diets claim some magical fat-burning science is involved, or that there is something special about the combination of foods. This is simply untrue – it is nothing more complex than a reduction in calories!

Here are the two of the most popular Sacred Heart Diet soup recipes that are the foundation of this fad diet.

Season with salt, pepper curry, parsley, if desired, or bouillon, hot or Worcestershire sauce. Cut veggies in small to medium pieces. Cover with water. Boil fast for 10 minutes. Reduce to simmer and continue to cook until vegetables are tender.

Alternate Soup Recipe
Soup to be eaten ALL DAY as much and as often as you can.

The diet also bears a striking resemblance to the cabbage soup diet.

The soup can be eaten at any time.

Here is a different version of the diet – alleged to have come from Lehigh Valley Hospital, Pennsylvania.

Follow the daily plan for 2 consecutive weeks, then take the following week off. You can repeat the cycle for as long as you like or until you achieve your weight loss goal.

The Problems With This Diet

Diet Not Endorsed by a Hospital

This diet is not recommended

While people have reported losing a lot of weight on The Sacred Heart Diet, it is not a diet that will promote long-term healthy weight loss¹ ².

Most people gain the weight back quickly and have to keep repeating fad diets like this over and over again.