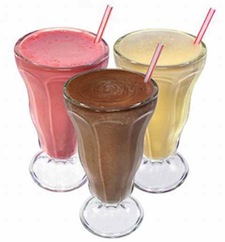 The Newcastle Diet is based on research undertaken by Britain’s Newcastle University on weight loss and diabetes.

The study involved eleven patients with Type 2 diabetes who were placed on a very strict low calorie diet.

After being on the diet for two months the majority of patients no longer showed any signs of having diabetes. They remained diabetes free even 3 months after resuming a normal diet.

The participants were under doctor’s supervision while they consumed 800 calories per day for 8 weeks. Three months after completion of the study 7 out of the 11 subjects were regarded as being free of diabetes.

The daily food allowance for the 8 week program included:

The study patients were instructed to strictly avoid the following foods:

The Newcastle Diet Works By Removing Fat Around the Pancreas

Roy Taylor, the professor in charge of the study says,

“It’s now clear that type 2 diabetes is caused by abnormal fat storage. If you are eating more than you burn, then the excess is stored in the liver and pancreas as fat. On this diet …the body is suddenly in negative calorie balance, so it calls on its own reserves of fat.The fat used first is that around the pancreas and liver. This means the pancreas is given a chance to start working again.”

Exercise is not recommended because you don’t want to place any unnecessary stress on your body during this time.

However, dieters in the study were encouraged to maintain their normal levels of daily physical activity.

Optifast Meal Replacement Shakes cost about $80 for a case of 27.

Optifast is similar to Medifast which is more popular in the USA.

Use Only Under Medical Supervision

The Newcastle Diet has demonstrated a potential to provide a complete resolution of Type 2 Diabetes within just eight weeks. Additionally it is imperative that dieters continue with a healthy lifestyle to maintain the benefits of this program.

Use the Newcastle Diet only under medical supervision.
By Mizpah Matus B.Hlth.Sc(Hons)