Is dark meat bad for you? What’s the difference between turkey and chicken meats? Which one has more calories? 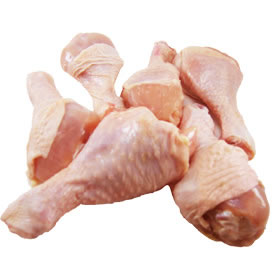 What is Dark Meat?

Dark meats simply have more myoglobin proteins, the magic stuff that ships oxygen to the muscle cells. Muscles used more frequently, get to be dark. Chickens and Turkeys generally have dark colored drumsticks and thighs because of walking around a lot.

What is White Meat?

This is poultry tissue that is used for quick bursts of activity (such as chickens have short bursts of flight).

Dark Meat is NOT All Bad For You

Take a look at the nutrition.

Are you aware of the hidden salt that is in some chicken meat?

It is the higher levels of saturated fat that have given dark meat a bad name.

However, in the case of poultry, this can be removed by simply removing the skin (from drumsticks).